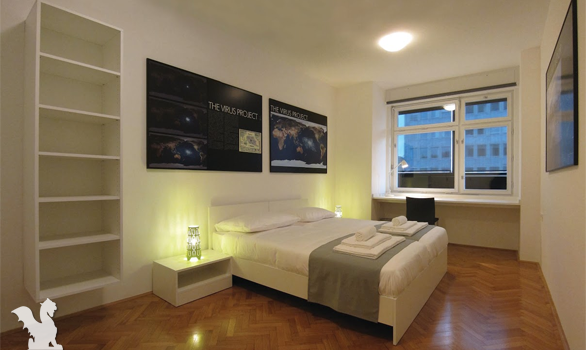 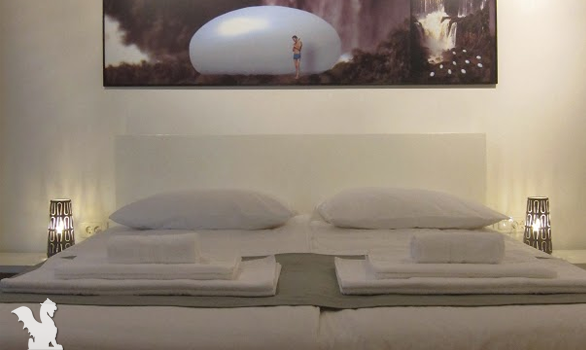 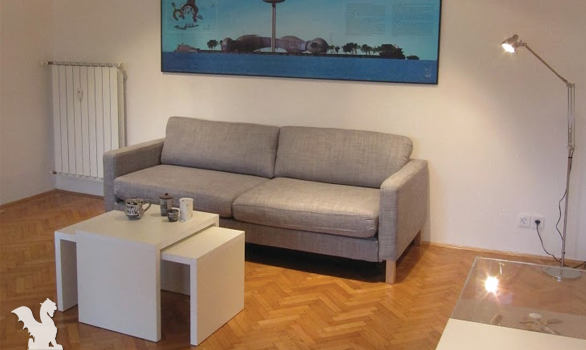 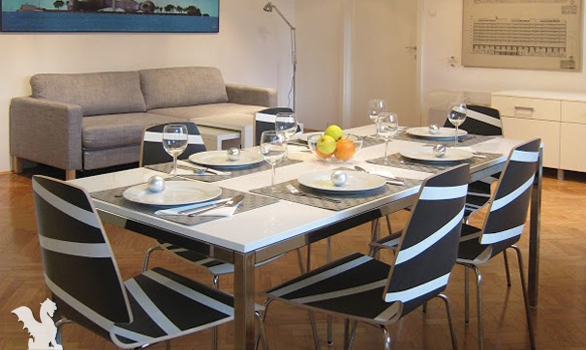 The Apartment Kozolec Ljubljana, interwoven with architecture, is a part of a renowned building Kozolec. It is located on the Slovenska street in the centre of the capital of Slovenia, Ljubljana. Its location is one of the best possible locations in Ljubljana for both business and sightseeing as it is easily accessible and represents the best starting point for visiting interesting sights in Ljubljana. It is in the close proximity of Ljubljana’s business centre, opposite of the Stock Exchange and all major banks and is less than 200 metres from Ljubljana’s historical centre and the main bus and railway station.

The building Kozolec has an underground level connected to a public parking garage and the apartment can be accessed without exiting the building. Approximately 150 metres away there is another outdoor car park (both car parks are public and parking fee applies).

On the ground floor, you can find a pharmacy and a supermarket, which is open 7 days a week. Outside the building, there is a free bicycle rent station Bicikelj and a taxi station. There are many restaurants in the close vicinity that range from fast food to more up-market establishments.

The apartment is located on the first level and can be reached by elevator or stairs. It can comfortably house six people. It has an entrance hall, two bedrooms (one with king size bed and en-suite bathroom, the other one with two single beds), living room with a dining area and a kitchen, a family bathroom and a glazed balcony. The total size of the apartment is 125 m2. The unique architectural design enables flexibility and the number of bedrooms may vary according to the number of guests. In case of a longer-term rental, one bedroom can easily be converted into an office or workshop if necessary.

The apartment is fully furnished and equipped with all modern appliances necessary for a comfortable stay. It also has digital TV and Wi-Fi.

Before the renovation, the apartment was one of architect Aleš Šeligo’s workshops. Elements of the interior are from different projects he designed in his opus “Architecture and Water” and the apartment exhibits his architectural achievements.

The real charm of this apartment is its connection with architecture. It is a part of the heritage building Kozolec, one of the most important examples of modern Slovene architecture, designed by the architect Edo Mihevc. It was built in the 1950’s and named Kozolec (Hayrack) because of its skeletal frame and distinctive horizontal lines typical of the unique Slovene wooden hayrack that has been used since the 16th century. Le Corbusier designed his famous Unité d’habitation in Marseilles in the same period. Architect Aleš Šeligo, who was also the renovator of the building Kozolec in 2009, believes that both Le Corbusier and Mihevc found their inspiration in the post-revolutionary architecture in the Soviet Union. Especially in the famous Moscow’s residential building Narkomfin, designed by the architects Moisei Ginzburg and Ignatii Milinis from 1928 and Tsentrosayuz by Ivan Leonidov. The latter was academically redeveloped by Le Corbusier.

There are nine levels in the Kozolec building. Shops on the first level are followed by two levels of offices and six residential levels. The roof is actually a terrace and offers a unique view over Ljubljana.