Discovering the attractions of Ljubljana 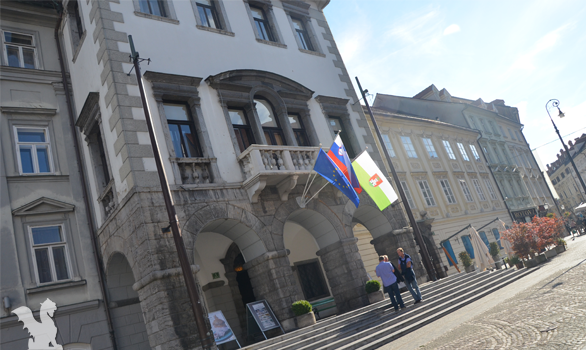 To begin with, the capital of Slovenia is Ljubljana. Slovenia is a former part of Yugoslavia and is bordered by Hungary on the east, Croatia on the south, Italy on the southwest and Austria on the north. Slovenia has a small coast that borders the Adriatic Sea and can be reached from seaports in Trieste, Italy. Although Ljubljana is a small area of the land, it has a population of over 300,000 people and ten percent of these individuals are students. This is one of the reasons why Ljubljana has such a youthful atmosphere.

The river Ljubljanica flows through this capital city with many offshoots spread through the entire city. There are many roads and bridges that pedestrians can use, located on both sides of the river and there are three main bridges that are used for travel. These bridges are the Triple Bridge – Tromostovje, the Dragon Bridge which is designed with four carved, green dragons and has a folk tale attached to it, which says that the dragons of this bridge will wag its tail every time a virgin passes by. The last of the three is the Shoemakers Bridge – Čevljarski most, an area where most of the shoemakers in earlier times would settle down to work on the shoes of those crossing the bridge in and out of the city.

The river is a turquoise green color, which is very eye-catching especially at night, and has a romantic atmosphere much like that of Venice. There are also gondola cruises that can take you throughout the city. Ljubljana is a city where tourists can walk freely and enjoy the attractions. They can stroll through the old town along the primary squares known as Stari trg and Mestni trg. Ljubljana has plenty of museums that tourists may visit. The main one is located in the Republic Square which also is home of the Culture Center, the Congress Center and the Parliament building. The museum gives you the natural history of this city along with a collection of coins, mineral samples, gems, and archaeological finds from the Roman Empire. If you are looking for a holiday destination, where you can relax and spend the summer, while taking long strolls and drinking coffee then this European destination may be just the choice for you.

Home » Discovering the attractions of Ljubljana