Take the Funicular up to the Ljubljana Castle 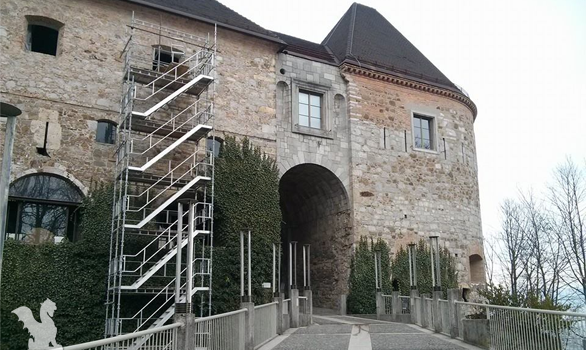 The Funicular on the castle hill, which takes visitors up to the Ljubljana Castle, became one of the symbols of the capital soon after it was built. Even though the idea to build a funicular began many years ago, it took until the end of 2006 to build it. It connected the Old Town centre with the Ljubljana Castle and an idea, older than a century was realised.

The idea of a Funicular

A funicular is an urban transport system for people. It takes visitors and residents alike from the old centre of the city to the top of the castle hill, where the Castle of Ljubljana is situated. Though the building of the Funicular was often opposed n and it was doubted to ever begin, the transportation proved to be very successful and beloved. It hit its one-millionth passenger at the end of 2010 and the two-millionth passenger in the middle of 2014. The Funicular is much more popular with the tourists who visit Slovenia and Ljubljana than with the residents of Ljubljana, though the residents do enjoy the occasional ride on special occasions. Plans for the construction began over a hundred years ago, when the mayor Ivan Hribar put forth the idea to the contemporary Austro-Hungarian government. He wrote that the view from the Ljubljana Castle is so beautiful that building some sort of a “lift” device would make the Castle easier to reach and therefore much more visited. This was the basis for the vision to complete this project in 2006.

The bottom station is located at Krek Square, near the city market and is almost impossible to miss. Along the entire route, the remains of the medieval walls are visible for the visitors to observe. The ride takes 1 minute and the highest speed the Funicular can reach is 3 m/s. During this slow ride, an unforgettable view of the whole city of Ljubljana becomes available to the passengers. Nearly all of the tourists who visit Ljubljana also take a ride up to the Castle. The ride offers magnificent panoramic views of the city and is a quick and comfortable way to reach the Castle for those who wouldn’t be able to reach it on foot. The end station, the castle, with its cultural and culinary offer sets a unique feel to the whole trip.

Home » Take the Funicular up to the Ljubljana Castle