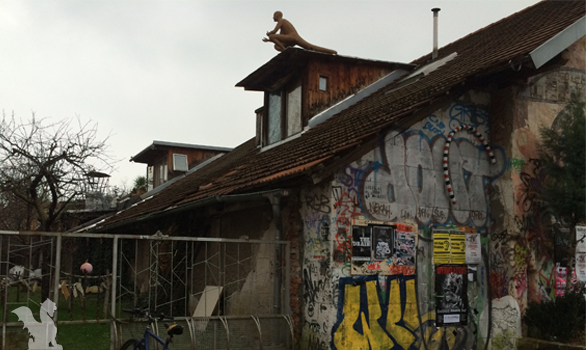 One of the more intriguing attractions in Ljubljana is known as Metelkova mesto or Metelkova city. This alternative culture center came to be in 1993, when activists stopped the government from tearing down an old army barracks. The complex is now home to numerous clubs and exhibitions that attract artists and visitors from countries around the globe.

Metelkova is home to a range of cultural and social organizations. Among others, they include the Alkatraz Gallery, the Peace Institute, a well-known anarchist group and an artists’ association. The Celica Hostel runs a concert hall, cafe and gallery inside the barracks’ former jail. Some individual artists maintain studios within the complex as well.

Metelkova features a variety of diverse clubs. One venue is dedicated to disabled people. Another club periodically shows movies and hosts speakers from around the world. Channel Zero is known for rock music and electronica. There are separate clubs for lesbian and gay people as well. This autonomous culture zone is the only place in Slovenia that has such a varied collection of alternative venues.

One well-known gallery, called Mizzart, features youth art, a market that sells used merchandise, various workshops and a small cafe. Metelkova also hosts the famous Alkatraz Gallery. It showcases a vast selection of unique modern art that can rival any gallery in this part of Southern Europe.

Metelkova mesto offers visitors the chance to enjoy a tremendous variety of cultural experiences in a place where idealism remains strong. The center presents a viable alternative to commercialized music, art and festivals. Without spending a lot of money, visitors can always find something new and exciting at this distinctive Ljubljana venue.